Oxytocin in Women: The Bridge Between Touch and Sex

Touch is so vital to humans, and most of us don’t get nearly enough of it. Babies deprived of touch don’t develop normally because certain connections in the brain actually disappear. Orphans who receive very, very little touch often die as a result, and those who survive can experience permanent physical and mental retardation.Kids who don’t get enough touch grow up to become aggressive and antisocial adults. Older adults who don’t get enough touch also suffer, becoming senile sooner, and dying earlier. We’re all affected by touch, and it’s not “all in the mind”; rather it’s the result of complex hormonal responses which actually change our bodies and brains.

Touch causes our bodies to produce a hormone called oxytocin. Not only does touch stimulate production of oxytocin, but oxytocin promotes a desire to touch and be touched: it’s a feedback loop that can have wonderful results. Oxytocin makes us feel good about the person who causes the oxytocin to be released, and it causes a bonding between the two persons. Nursing a baby produces oxytocin in both mother and child, and this is a major part of what initially bonds the mother and her baby. Even thinking of someone we love can stimulate this hormone; when women in good marriages were asked to think about their husbands, the level of oxytocin in their blood rose quickly.

There’s more. Oxytocin plays a significant role in our sexuality too. Higher levels of oxytocin result in greater sexual receptivity, and because oxytocin increases testosterone production (which is responsible for sex drive in both men and women) sex drive can also increase. Moreover, this hormone does not just create a sexual desire in women, coupled with estrogen it creates a desire to be penetrated (that is, it makes her want intercourse). Oxytocin increases the sensitivity of the penis and the nipples, improves erections, and makes both orgasm and ejaculation stronger; it may even increase sperm counts. And while oxytocin can move us towards sex, sex increases production of oxytocin: nipple stimulation, genital stimulation, and intercourse all raise the level of oxytocin in men and women. Orgasm causes levels to spike even higher, three to five times normal, creating the “afterglow” closeness that is experienced following lovemaking. The fact that sex increases oxytocin levels can be helpful for women who complain they “never feel like sex.” Having sex, even when you don’t have a drive to do so, will actually affect you in ways that will result in a greater sex drive. This also explains, at least in part, why many women find that the more sex they have, the more they want, and the less sex they have, the less they want. 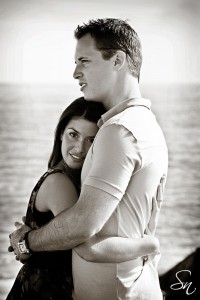 Of course no hormone acts independently. Hormones amplify or reduce each other’s effects, and increase or decrease production of other hormones. Among other things, oxytocin increases the production of both estrogen and testosterone. Oxytocin has a special relationship with estrogen. Oxytocin is virtually powerless without estrogen, and oxytocin’s affects are increasingly powerful as estrogen levels rise. This explains why women are far more affected by touch than men. Women have much higher levels of estrogen than men. This also explains why women respond to the same touch differently at different times of the month. When her estrogen is high (ovulation) even a slight touch can have a strong affect; when estrogen is low (menstruation) it will take more touch to get less of a response.

Another interesting effect of oxytocin is that it decreases mental processes and impairs memory. This is why hugging and touching can help us recover from an argument. The oxytocin helps us to stop thinking about it, and even forget some of the pain we felt. While hugging may not be a natural response during conflict, it can quickly cool things off.

While most of us suffer from living in an anti-touch society, women tend feel more touch-starved than men, probably due to the fact that they have more estrogen. A woman who is not receiving enough touch becomes withdrawn and even depressed. In this condition a woman can become strongly, and even violently opposed to sexual touch. If the situation continues, she may become so withdrawn that she is no longer open to the very touch she needs.

So how do we touch more? Mostly we need to be aware of the need. We need to retrain ourselves and look for opportunities to touch. Even a gentle brief touch has an effect, and the more the better. Learn to walk hand-in-hand or arm-in-arm. When you go to church, or watch TV, or sit talking to friends, sit close enough to touch each other. When you’re both reading find a way to be in contact with each other … even sitting at opposite ends of the couch with your feet touching will work. When you are eating together play footsies. Rub each other’s shoulders or feet, or give a long massage. Do anything which brings your body into contact with your spouse, and do it often. And don’t forget your kids, they need touch too!!