Per viewers’ requests, in fact, I received the same requests from Canada and India on the same day, I’m going to show acupressure points for gallstones. Press these points for one minute as you breathe deeply at least once a day. These will help alleviate the pain associated with the gallstones and get rid of gallstones if they are small enough.

陽陵泉 (GB 34) – The first one is under the knee. There is a small bone sticking out on the outside of the leg. It’s the depression underneath. This is called Gallbladder 34 or GB 34.

Press both sides at the same with your thumbs, hooked thumbs, index finger joints, or any other fingers of your choice.

胆嚢点(M-LE-23) – Go down about a thumb width from the GB 34 and you’ll feel another depression, most likely with tenderness or pain. This is called gallbladder point. It’s not on the major 14 meridians. Again, press both sides at the same time with your thumbs, hooked thumbs, index finger joints, or any other finger of your choice. Lighten up the pressure if it’s too painful.

足臨泣 (GB 41) – The last one is on the top of the foot. Go up the valley between the pinky and 4th toe and it’s where the finger stops. This is called Gallbladder 41 or GB 41. If you have a hard time reaching your foot, use a tool such as a pencil eraser to press these points.

Now the Reflexology point. As you may know in Reflexology, you can map out the entire body on the bottom of the feet. 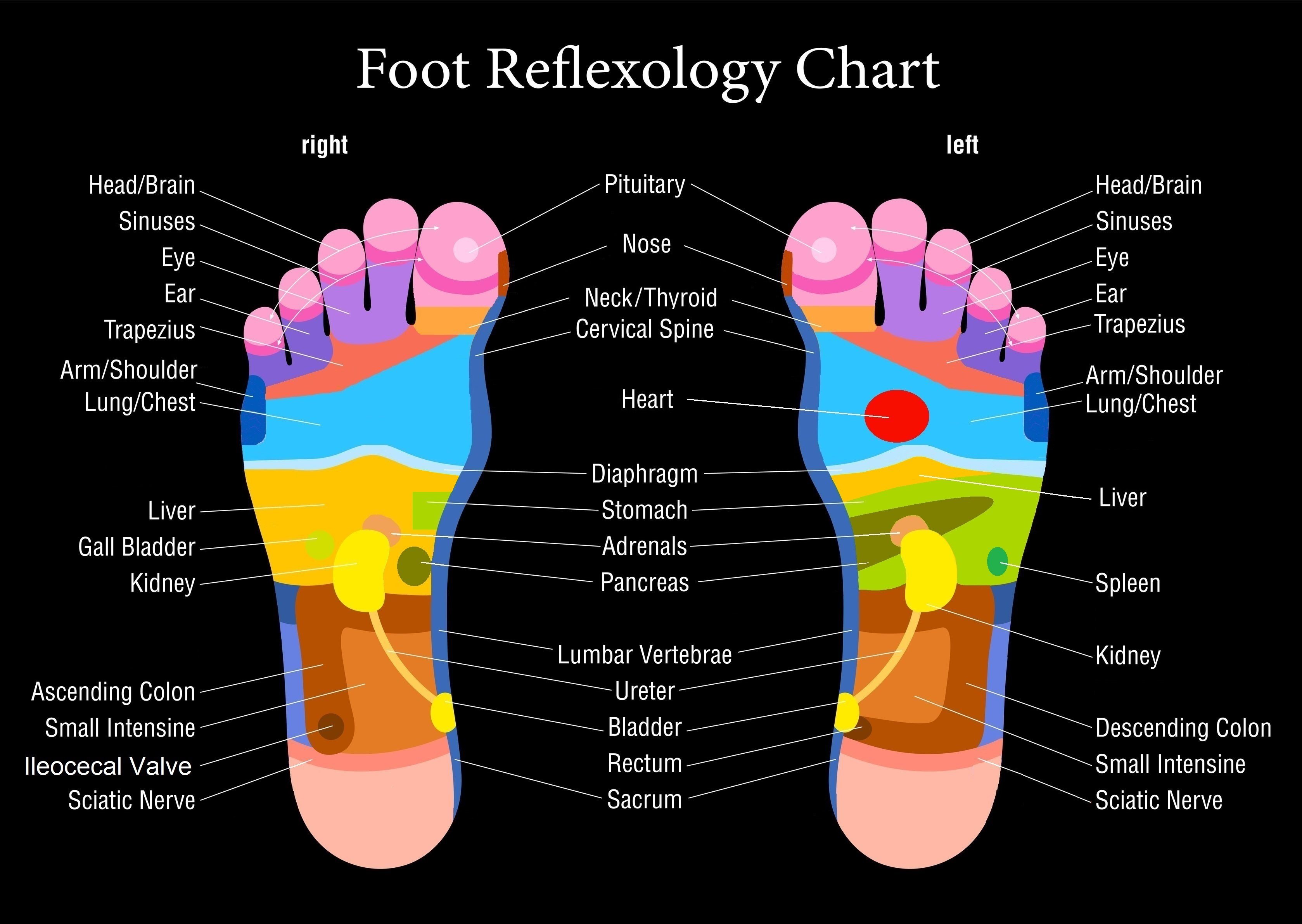 Hello, What if you do not have a gallbladder? Does this help to relieve stress on the liver as well?

Then I would focus more on the liver reflex which is much bigger.

Great post. The pencil idea is quite clever if you’re having a hard time reaching down. Thank you.